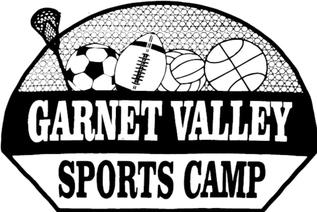 Eileen Stec has been a teacher and coach in the Garnet Valley community for the past 30 years.  She created the GV Sports Camps along with Joe Rapczynski and Mike Ricci over 35 years ago.  She currently is a 6th grade social studies teacher at Garnet Valley Middle School.

Eric Van Wyk has been teaching and coaching in the Garnet Valley community for the past 10 years.  He is the Head Football Coach for Garnet Valley High School and teaches 7th grade social studies at Garnet Valley Middle School.  Eric went to GVHS and graduated in 2008 playing Football and Baseball for the Jags. He went on to La Salle University to play Division 1 Baseball in college before returning to GV.

Current and Past Basketball Camp Counselors:


COME AND ENJOY THE FUN OF GETTING BETTER WITH AN OUTSTANDING GROUP OF QUALIFIED COACHES, TEACHERS, AND INSTRUCTORS.